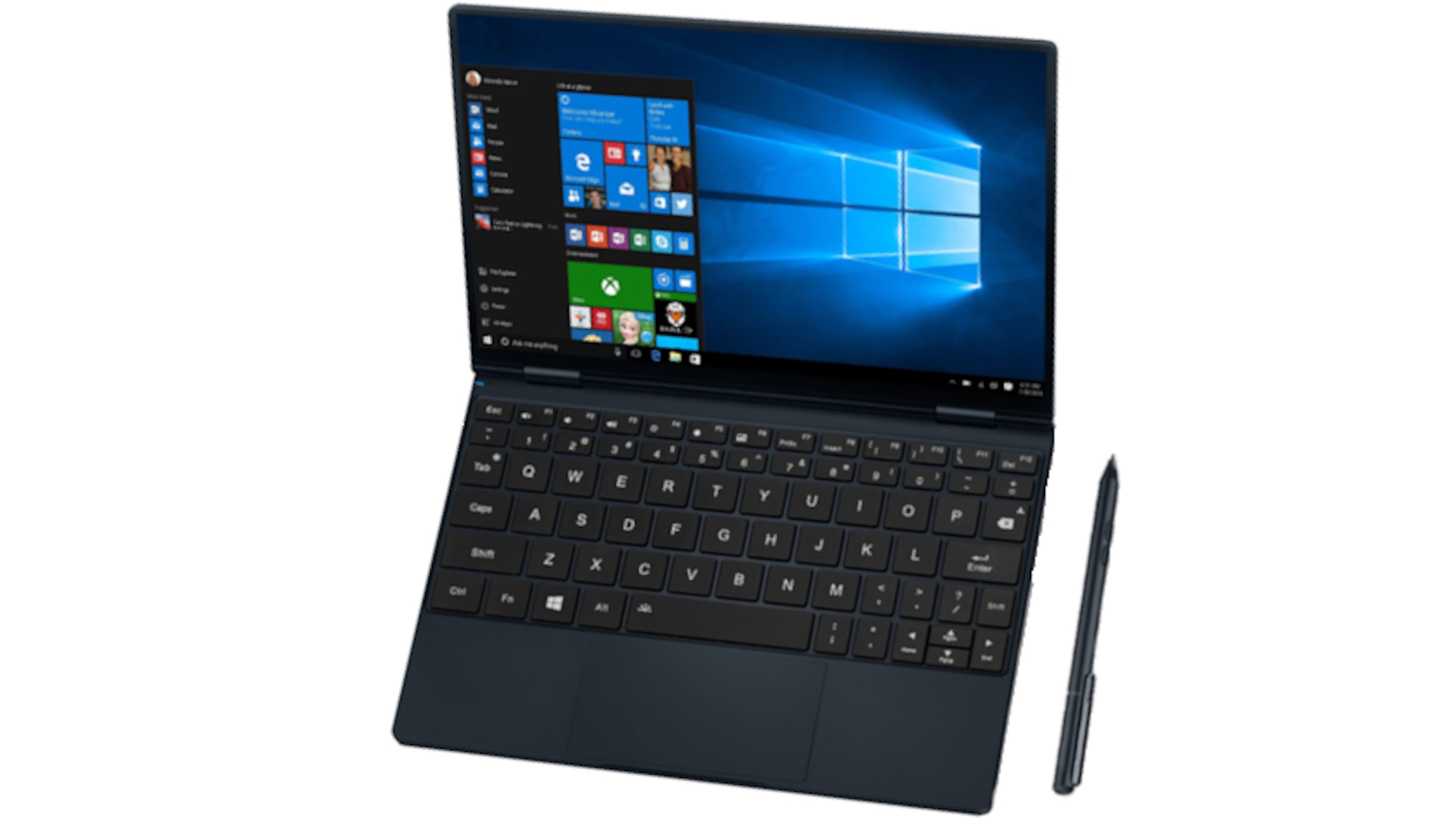 In this article, I give you my One-Netbook One Mix 4 10.1-Inch review with specs included. This device is now available on the market, sometimes named the One-Netbook 4 or 4 Platinum if you get the higher-end configuration.

So, this is a 10.1-inch 360-degree convertible laptop with Intel 11th generation Tiger Lake U lower-power CPUs inside. With 10-inches it’s a pretty unusual size.

This is the same company that’s made other miniaturized laptops, some of them in practically small like seven-inch size laptops.

The name is unfortunate really in English One-Netbook because it brings to mind netbooks from 2007 to 2010 or 2011 which were those plasticky affordable 10-inch screen Windows laptops that at the time seemed pretty cool but then tablets came out and later Chromebooks and surpassed them.

But this is no netbook this is not plasticky and this is not underpowered. This is 6000 series aluminum with the CNC chassis and a nice QHD IPS display supporting pen and touch.

Clearly not a plasticky netbook, this is a premium device just miniaturized. But, to my mind miniaturize the right amount for people who want something really portable. When you think you might need a laptop with you but you’re not 100% sure you want to commit to carrying that weight because you might not need it, versus the seven-inch and even the eight-point-four-inch models where the usability is really hard in those that small.

This one feels pretty much more like a laptop. And, thanks to the fact that component miniaturization has gone so far and bezels are so small, it’s pretty darn light. 769 grams which is 1,7-ish pounds or so and it’s pretty slim, so an easy carry.

I don’t think this is going to be a primary laptop for most people unless you use a keyboard and mouse on an external monitor on a desktop because we’re still talking about a 10-inch display.

And the display is QHD+ resolution because this is a 16 by 10 aspect ratio to hit all the things that people like these days.

It ships out of the box with 250% scaling for windows interface and you’re going to want to drop that down to like 200%. It’s still very readable and seeable but at 250% zoom some things just go off the screen like some dialog boxes and it’s awkward.

The hardware power on this is pretty impressive. Let’s put it this way, this is the same CPU that I’ve seen used in other recent reviews I’ve done of the Lenovo Thinkpad X1 Nano, the X1 Titanium Yoga, and the X12 tablet pc. So that’s no slouch.

You got Core i5 and Core i7 options onboard with Intel Iris Xe graphics. In other words, it’s fast enough to be used as your main computer assuming you don’t need mobile workstation level performance. If a regular ultrabook will do it for you this one’s pretty good.